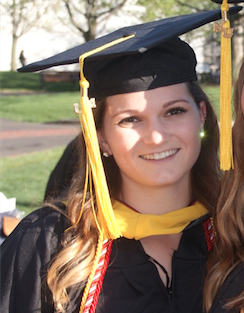 Allie grew up playing softball in Maynard, Massachusetts. With her dad as her coach and her two older sisters blazing a trail, she quickly developed a love for the game. Becoming a pitcher at age 10 opened doors for Allie to play alongside older, more competitive athletes. This privilege and responsibility taught her the values of work ethic, team chemistry, and sportsmanship.

From Little League through rec ball, tournament teams, and high school varsity, Allie led her teams on the mound and as captain. After pouring blood, sweat, and tears into softball for more than a decade of her life, she thought her senior game in the spring of 2012 would be her last; Northeastern University in Boston, where she had chosen to study Speech-Language Pathology and Audiology, did not have a softball team.

Fortunately, Allie discovered the NU Club Softball Team in the fall of 2012 and joined as soon as she could - and to this date, it is one of the best decisions she's ever made. Over the next five years, she pitched for the Huskies and served her team as President for several seasons. In 2017, Allie's final year at NU, she graduated with her BS/MS in Speech-Language Pathology. Even more exciting, her team made their first postseason appearance in history at Regionals in Danville, PA, and soon after at the World Series in Columbus, GA!

Though heartbroken about ending her competitive softball career, she is thrilled to have the opportunity to continue her involvement in College Club Softball as the New England Regional Manager. When she's not taking care of NCSA responsibilities, Allie works as a Speech-Language Pathologist, softball coach, and fitness instructor.