FEATURED TEAM OF THE WEEK

“Our team is made-up of a great group of talented girls who enjoy having fun playing the game they love. The team is mostly made-up of outfielders and we have 5 pitchers, but most of our players have the talent to step up and work on positions that were lacking.”
Fun Fact: Our team usually participates in a haunted hayride fundraiser where we can work together to create a scary scene, however it was cancelled this year due to covid.
Team Social Media:
Instagram: @nmusoftball
Facebook: NMU Softball
Twitter: @nmu_softball

“The Sacramento State Softball Club is an up and coming sports club here at Sacramento State. We are excited to achieve, empower and create a safe and positive experience for women who want to continue playing softball competitively while showing off their hornet pride. Unfortunately, our season last year had been cut short due to Covid-19 but we were ranked #19 in the 2019-2020 March Rawlings Top 20 Poll. We have high hopes for this year’s season and hopefully be able to play!”
Fun Facts:
1. Most of our members have been playing since they were little!
2. We won Club of the Year at Sac State last semester.
3. We hosted a youth camp last semester with a big turn out! (Video on our IG @sacstatesoftballclub)
Team Social Media:
Instagram: @sacstatesoftballclub
Facebook: Softball Club Sacramento State
Twitter: Sac State Softball Club

Kansas State University
Manhattan, KS
Mascot: Cats
“Along with new leadership our team is made of primarily freshman. As a team we have goals to all be friends on and off the field and to win games. Overall, we enjoy cracking jokes and working together to get better!”
Fun Facts: Most of our team is middle infielders! We also have a groupchat with our club baseball team on campus!

The Lakers (6-0), who also swept a home series against Adrian on Sept. 26-27, again exploded for 39 hits, including eight for extra bases. Freshman third baseman Kassidy Bell was a team-leading 7-of-12 with three doubles and six RBI. Senior outfielder Dani Cole was 6-of-8 with four RBI and four walks. Bell and Cole scored a combined 13 runs.
LSSU, trailing 10-9 through six innings of Game 3, rallied for four runs on two hits in the top of the seventh, including a three-run homer by freshman first baseman/outfielder Maysain Sherlund. Sophomore second baseman Claire Adkinson also scored on a sacrifice fly by senior pitcher/third baseman Kennedy Kunnert.
Kunnert was the starter and one of three Laker pitchers to appear in Game 3. She also relieved in the seventh and pulled out the save thanks to big defensive plays by Adkinson, senior shortstop Shelby Fellabaum and senior first baseman Amanda Menominee.
“The seventh inning rally was definitely the highlight of the day,” LSSU coach Linda Bouvet said. “Our chemistry showed, and our hitting was solid throughout the order. I hope we can continue that attack next week at Michigan State, where we’ll really get tested.”
Kunnert and Amanda Menominee were both 6-for-11 at the plate, and senior pitcher/center Fielder Ashley Menominee and Fellabaum were 4-for-10. Adkinson, sophomore catcher Alannah Renico and Sherlund added two hits each.
Ashley Menominee went the distance in Game 1 and earned the pitching win by totaling eight strikeouts, three hits, one earned run and no walks. She appeared in all three games, adding three strikeouts, two walks and eight hits to her totals.
Amanda Menominee picked up the Game 2 win and appeared in the middle of Game 3. She totaled one strikeout, no walks, eight hits and three earned runs through 5 1/3 innings. Kunnert was the Game 3 starter and reliever, and finished with one strikeout, two walks, three hits and two earned runs during four innings of work.
The Lakers close the fall portion of their season with three non-conference exhibition games against MSU beginning at noon Saturday at Rainey Park in East Lansing.”

For more access into both teams, check out their social media pages: 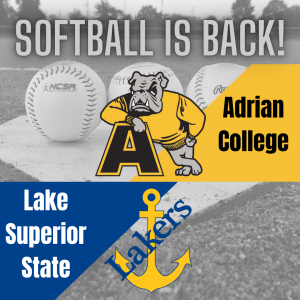 For more access into both teams, check out their social media pages:

During this time we will continue to recruit new teams to join the NCSA for spring participation as we have had several teams reach out with their interest in being added to the spring only conference schedules for the 2020-2021 season.

Registration for the 2021 NCSA Swing Into Spring – Panama City Beach is officially OPEN! For more information about the event and to register CLICK HERE.

Send all registration forms and any questions to [email protected]

University of Virginia has officially joined Mid Atlantic-South conference of the NCSA for the 2020-2021 season! Welcome Cavaliers! 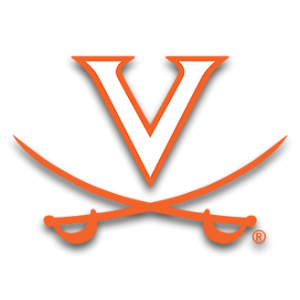